Share a memory
Obituary & Services
Guestbook
Read more about the life story of Antonio and share your memory.

Antonio Cutone, age 79, a long-time resident of Wilmington, passed away at home surrounded by his loving family on January 3, 2023.

Antonio was born in the hillside village of Cutone in Isernia, Italy to Pasquale and Beatrice Cutone.  It was there in the middle of Italy in the middle of World War II just nine months later, just a few houses away, that a young girl named Maddalena was born who would become his lifetime love and companion.  Antonio and Maddalena attended school together in the mornings and spent their afternoons together playing with friends and tending to their families’ sheep and goats among the beautiful orchards, pastures and river valleys.  It was an idyllic childhood and his love for Maddalena grew with each passing day.

As a young teenager, Maddalena left for Boston with her family, and at the age of 16, Antonio set out for Switzerland seeking adventure and opportunity.  Antonio spent three years in Switzerland working in turn as a Baker’s apprentice in Wolfwil, chef’s assistant in Lucerne and construction worker in Solothurn - returning home each Christmas with presents of dolls and chocolates for his little sisters, Grandma Concetta, mom, and dad.  During this time, Antonio and Maddalena continued an overseas relationship through frequent letters.  They ultimately returned to Isernia to wed in 1963.  The newly married couple moved to Boston’s North End where before long, their first child Beatrice was born.  Shortly thereafter, they had a son Anthony, and decided to move the growing family to Wilmington where their third child Karen was born.

The home in Wilmington was the site of frequent family gatherings of parents, grandparents, sisters, brothers, aunts, uncles, cousins, nieces, nephews, and friends where Antonio would man the barbeque grill between bocce games and share feasts centered around his homemade wine and home-grown vegetables.

Antonio spent his entire 43-year career in the construction industry first as a laborer, and then representing others as a labor steward for Laborer’s Union Local 22.  While construction was his occupation, gardening was his passion.  Much of his free time in late Spring through Early Fall was spent growing enough produce to feed his growing extended family, neighbors, and anyone else who happened to stop by between July and October – and fighting a never-ending battle to keep his fig trees thriving in a very fig-unfriendly climate.  Each morning he would pick a fresh sprig of basil that he wore as an unlikely corsage in the front pocket of his work shirt, a unique natural cologne that his family remembers with fondness to this day.

Antonio retired from the union at the young age of 63 and spent the next several years enjoying his growing family, his growing garden, and friends and extended family who had settled in Wilmington’s Hathaway Acres neighborhood and neighboring Stoneham.  He loved his family and his friends above all – and they love him.  He will be profoundly missed.

Family and friends will gather at the Nichols Funeral Home, 187 Middlesex Ave., (Rte. 62), Wilmington on Saturday, January 7th at 9:00 a.m. immediately followed by a Mass of Christian Burial in St. Thomas of Villanova Church, 126 Middlesex Ave., Wilmington at 10:00 a.m.  Visiting hours will be held at the funeral home on Friday, January 6th from 4:00-8:00 p.m.

In lieu of flowers, memorial donations in Antonio’s name may be made to St. Jude's Children's Hospital, 262 Danny Thomas Place, Memphis, TN  38105 or to the Shriners Hospital for Children, 51 Blossom Street, Boston, MA  02114. www.nicholsfuneralhome.com 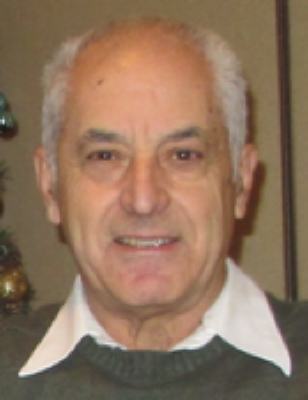