Share a memory
Obituary & Services
Guestbook
Read more about the life story of Daniel and share your memory.

Danny was born on November 27, 1951, in Medford, MA; he was the son of the late Daniel and Irma L. (Murphy) Tello.  Danny was raised in Wilmington and graduated from Wilmington High School.

Danny married Deborah J. (Jerrett) Tello on March 26, 1982.  They settled in Wilmington, where they raised their three children, Daniel, Melissa, and Stephen.  Danny and Deb had many memories together until her passing in 2012.

Danny was a very hard worker; he worked as a Pile Driver for Union Local 56 for many years.  He also worked as a welder for Dave Cronin.  Danny went to work every day to support his family; he was extremely devoted to both his job and family.

While at home, Danny enjoyed relaxing after a long day.  He looked forward to cooking Sunday dinners and cooking on the grill.  He was low-key and just loved being home.  Danny’s special nights included “take out” and spending time with his kids.

After Danny retired, he kept a regular routine, which included coffee, newspapers, driving trips around the town, and weekly phone calls to family and friends.

Danny was the beloved husband of the late Deborah J. (Jerrett) Tello, devoted father of Melissa N. Tello, Stephen J. Tello both of Wilmington and the late Daniel J. Tello, brother-in-law of Charles Jerrett of Saco, ME, Nancy Barnes & her husband Richard of Destin, FL and Elizabeth Duke & her husband Peter of Bangor, ME.

Family and friends will gather for Visitation at the Nichols Funeral Home, 187 Middlesex Ave., (Rte. 62), Wilmington on Monday, November 7th from 4:00-7:00 p.m.  A Funeral Service will be held at the Funeral Home on Tuesday, November 8th at 10:00 a.m.  Interment to follow in Wildwood Cemetery, Wilmington. 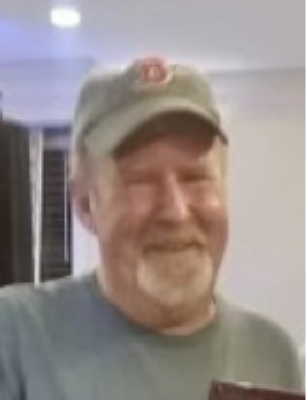