Share a memory
Obituary & Services
Guestbook
Read more about the life story of Joshua and share your memory.

Josh was born in Winchester, MA, on August 5, 1992; he was the cherished son of Carl and Connie Townsend and one of four brothers who were extremely close.  Josh was raised and educated in Wilmington, he attended Wilmington public schools, played youth sports and made many life-long friends.  Josh went to Wilmington High School where he played on the lacrosse and golf teams and went on to graduate with the Class of 2010.

Josh continued his education at Middlesex Community College in Bedford and went to work for the family business, The Townsend Group.  Josh started from the "ground floor and worked his way up"; he was an accomplished welder and pipefitter who worked alongside his father Carl, who was his teacher and mentor.  Josh had a thirst for knowledge and was learning everything he could about the business; that along with his endearing personality and great people skills made him quite an asset to the company.  Josh took on the position as a project manager for the company and became a "key person" in their everyday operations.  Josh worked closely alongside his dad running the company, he did an excellent job and made his family quite proud.

Josh and his dad were great friends in and out of work; they loved spending time together and playing golf; Josh became quite an avid golfer throughout the years.  Josh also enjoyed fishing, hanging with family and friends, spending time with his brothers and most recently he took up playing volleyball.   Josh also like to follow his Boston sports teams; he enjoyed taking in a Patriots game, but everyone knew that the Bruins were his favorite team.

Family was very important to Josh; he was from a large and loving family and had many friends that he considered family.  Josh's parents and brothers were his world and there wasn't anything he wouldn't do for them. They spent lots of time together throughout the years, family holidays, vacations or just "hanging out" they truly enjoyed each others company.  Josh was very proud of his brothers and was looking forward to his role as "best man" for his brother Connor's upcoming wedding to his future sister-in-law Leah.  Josh always loved visiting with his grandparents, aunts, uncles and countless cousins; they were a fun group of people and everyone always had a great time together.   Josh had an unconditional love and devotion for his family and he took opportunity to let them know just how important they were to him.  He will forever live in their hearts.

Josh will be fondly remembered for many things; he was a gentle giant with a heart of gold, a great sense of humor and a smile that would light up a room.  Josh went out of his way to help everyone; he was reliable, dependable and strong.  Josh would lend you a hand or give you a shoulder to cry on; he was a "rock" to his family and friends and he gave the best "bear hugs".  Josh was a sweetheart who loved playing with little kids and had a fondness for animals of all breeds but his "furry family" of dogs were his babies.

Although Josh's time here was brief, he has put his footprints on the many hearts of those he touched throughout his life.  He always "paid it forward" by giving of his time and talents to help others, family, friends or even strangers.  Josh lived his life to the fullest, loved deeply, and will forever be missed by all who knew and loved him.

To leave a message of condolence for the family please visit our website at www.nicholsfuneral home.com 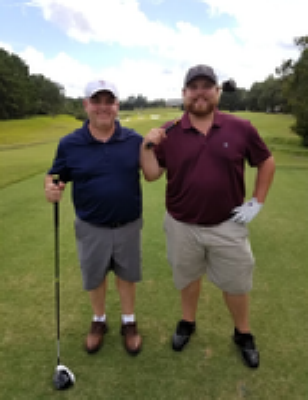