Share a memory
Obituary & Services
Guestbook
Read more about the life story of Richard "Rick" and share your memory.

Rick was born on September 25, 1959, in Arlington, MA; he was the cherished son of Christopher Ruggiero and the late Natalie (Covitz) Ruggiero.  Rick was raised in Woburn and graduated from Woburn High School.

Rick married Lenetta M. (Jones) Ruggiero on October 4, 1980; they were married for over 42 years.  They moved to Wilmington in 1990, where they raised their two boys: Tony and Jay.  Rick and Lenetta loved traveling and especially loved going on cruises, going on as many as they could and were lucky to be able to travel all over the world.

Rick worked at F.W. Webb for over 30 years.  Those that worked with him over the years knew Rick as always ready and willing to help or to answer any questions they had.  Rick loved his job and a career which allowed him to pursue his love of technology, a passion which he passed along to his sons.

Rick was an avid sports fan and loved to golf (though he spent more time losing golf balls than getting them in the hole!). He enjoyed watching the Patriots and was a life-long Red Sox fan. Rick loved going to games at Fenway and even followed them to many other cities to watch them on the road.  He also loved motorcycles and loved to hit the road on his Harley whenever he got the chance, especially at Bike Week in Laconia.

Rick will be sorely missed by everyone that knew him.  He was the nicest, kindest guy you could meet and was an amazing husband and father.  Incredibly generous, he’d do anything he could to help anyone that needed it.

While we are all immensely sad to have lost him so early, we will all cherish the many memories we were lucky enough to have with him over the years.  We would like to express our sincere thanks to the doctors, nurses, and staff of Massachusetts General Hospital who were beyond amazing and did all they could to help dad in his courageous battle and made him comfortable until the end. 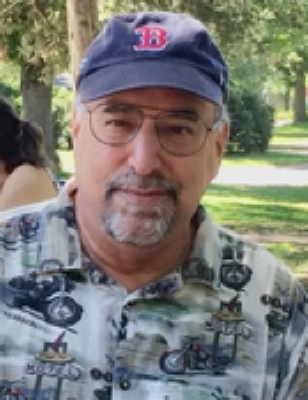